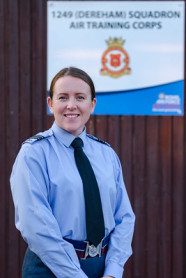 Flt Lt Allan has been running the squadron since 2010, after gaining her Cadet Forces Commission in 2003.  Her main role is to manage the cadet activity as well as supporting the other Adult Volunteers, with the work they do.   In her day job, she works for Community Action Norfolk as a Community Development Officer.

Her highlight of being involved with the Air Cadets is when she visited Buckingham Palace for the RAF 100 celebrations and spoke to Prince William! 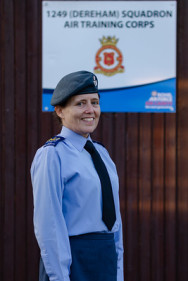 WO Lyons started her ATC career at 231 (Norwich) Squadron after previously spending a number of years in the TA.  She moved to 1249 (Dereham) Sqn in October 2012 as a Flight Sergeant and was promoted to Warrant Officer in 2014.

She has a keen interest in Adventure Training and DofE and has been instrumental in organising our recent Fieldcraft weekends.

FS London started as a cadet at 231 (Norwich) Squadron in 2002. He spent 5 years as a cadet then joined the staff team at Norwich as a Civilian Instructor in 2007. In 2015 he became a uniformed member of staff and assumed the rank of Sergeant. In November 2017 after fifteen and a half years at 231 (Norwich) Sqn, he moved to 1249 (Dereham) Sqn.

He is very keen on aviation and photography and has taken up the post of Squadron Sports and Training Officer.

In March 2019 Jon became a Paddlesport Leader enabling him to take cadets out on the water. 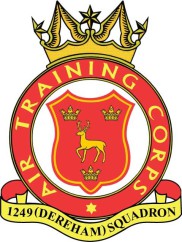 Mr Blogg conducts our enrollements, holds a padre’s hour once every two months and even escorts the cadets to RAF summer camps.﻿ 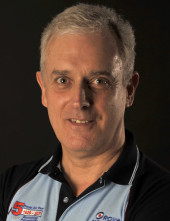 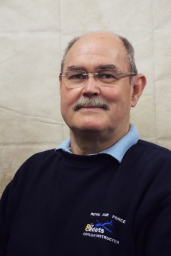 CI Ferguson joined 2390 (Belfast Royal Academy) Sqn as a cadet in around 1966. He went on to a university cadetship and was an engineering officer in the Royal Air Force for nearly 20years. After a quarter of a century running a project management training company he went back to the Air Cadets with 1249 Sqn.

He is interested in anything to do with aviation and set up the Sqn's Flight Simulator. He can usually be found delivering ground training or just telling stories. 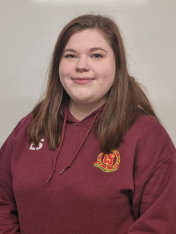 CI Starling started her ATC career as a cadet at the squadron in 2009 and spent 5 years as a cadet, her highlight being an expedition to Canada which won the Corps Shackleton Trophy. After attending University, she returned to the squdron as a staff member in 2018 and took on her current role as Squdron Adjutant. CI Starling is currently the Squadron's First Aid Officer and is working towards her Lowland Leader Award which will allow her to assist further on Wing Adventure Training Camps. She is currently going through the process to become a uniformed member of staff and will complete her Gold Duke of Edinburgh Award next year.

Adam is a paddlesport leader amongst holding other Adventure Training qualifications.